As the world’s most populous country and the second largest economy in the world, an increasing number of foreigners have become more interested in working or living in China for a longer period. Although most might have the conception that it’s impossible for foreigners to get a Chinese “green card,” the Chinese government is actually welcoming more foreigners to visit China for work, study, or even live in the country permanently.

What is the Chinese Green Card?

As its name suggests, a Chinese “green card,” or Chinese permanent resident permit, allows non-Chinese citizens to live and work in China on a permanent basis. That is, if a foreigner meets certain conditions to stay permanently in a country according to the laws, he or she can get the permanent residence status that’s not subject to the limitation of residence period. Getting a Chinese “green card” used to be known as one of the most difficult tasks in the world. The Chinese national government and some local governments have in fact been updating policies encouraging and attracting more foreign workers to develop a career in China.

According to the State Administration of Foreign Experts Affairs (SAFEA), the number of Chinese “green card” holders had passed the 10,000 marks by 2016. It’s now easier for expats in Shanghai to renew their visas and apply for permanent residence permits thanks to new sets of policies that took effect recently, according to the Shanghai Exit-Entry Administration Bureau. The updated policies include loosening requirements for some of the application materials. Shanghai’s updated visa policies have made itself the most attractive Chinese city to work in for six consecutive years, according to expats’ votes provided by SAFEA. SAFEA numbers have shown that Shanghai has the largest employed expat population among all Chinese cities, about 215,000 people, accounting for 23.7 percent of the nation’s total. Over 100,000 work visas have been issued to expats in Shanghai since 2016, with more than 18 percent of them being talent visas.

How to apply for the Chinese Green Card?

To qualify for permanent residency, applicants should meet at least one of the following:

1.) Be a direct investor in China with a good rate-paying record; have a stable business.

3.) Work in key industries or fields that receive state support.

4.) Make a great contribution to China, or possess a skill especially needed by China.

5.) Have come to China to be with your family, such as a spouse, or a dependent minor or senior citizen.

Please note that: Since every applicant’s situation is different, the above requirements are for reference purposes only.

2) A valid foreign passport or its equivalent

3) A health certificate issued by a health department designated by the Chinese government; or issued by a foreign health and medical institution certified by a Chinese embassy or consulate

Obtained his Chinese “green card” in 2018. He is the winner of the 2016 Nobel Prize in Chemistry.

Received his permanent residence status in 2018. He is the winner of the 2002 Nobel Prize in Chemistry.

Tesla’s CEO can choose whether or not to get his Chinese permanent residency after an offer from the Chinese government. Musk was in Shanghai earlier this year to break ground on a new factory in Shanghai. 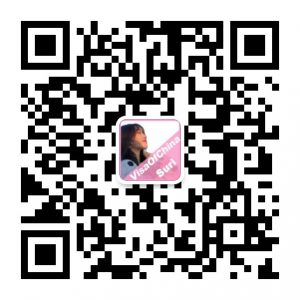